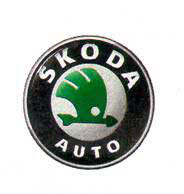 Skoda vehicles can be identified from the following numbers:

Location . Vehicle identification number– stamped on the vehicle– on the type plate– production adhesive– on a small plate behind the windscreen (visible from the exterior)– from model year 2005 the Octavia an from model year 2007 the Roomster, both habe an abbreviated VIN on all windowsEngine Number– on the engine block . Production identification number– located inside the vehicle . Gearbox Number– on the gearbox . Radio and CD changer serial numbers– on the radio and CD changer

Location of the VIN

Attention: Felicia has one a little bit other classification VIN like the newer models.

is produced by Skoda for the Caddy, produced under licence for VW.

Felicia  Riveted to the front crossmember

Appearance of the factory plate

It consists of a black upper foil on a white underfoil. The Close-up views are burned on with a laser. The impressions, which can be felt, allow the white underfoil to appear as lettering. The identity plate does not contain a production identification number. Its appearance and the way it is attached are identical to those on other VAG vehicles.

There is occasionally a number on the right edge on some of the older models, which is not a production identification number. It is not usable for identification purposes.

In the following enlargements of three vehicle identification plate remark are represented, which could be determined until MY 2009. These differ by the individual funktion of the laser. An inspection with optical aids is recommended. 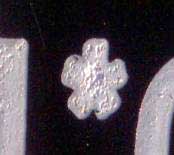 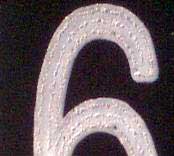 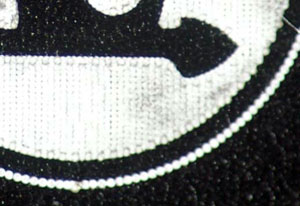 The production identification number is an internal control number stamped onto the body shell before it leaves the assembly line.

It can be found in various different places on a vehicle:

– on the technical service sticker

Breakdown of the Production Identification Number

The production identification number contains 7 characters broken down as follows:

Numbers higher than 52 are found on duplicate plates

Another difference is found in separately manufactured cars. In this case, the production identification number begins with 59

Day of the week

0 = Exact production day not given

7 = Vehicle planned at a later stage

Location of the engine number

Breakdown of the engine number

As a matter of course, Skoda vehicles are built using VW engines. In these vehicles, the engine number is also an 8 or 9-character code.

!!!!The engine numbers of new models have no asterisks and no spaces!!!!!

N.B.:
The engine number is normally stamped by needle, using an NC (numerically controlled) machine and the dot-matrix process. If the needle point breaks off, the unfinished number is ground out and the number stamped by hand.

According to the engine attribution list, the new engine identification letters have 4 characters (starting with CAXA). The last letter however merely stands for the performance level. This letter does appear on the newer type plates but is not stamped onto the engine block. (e.g., engine identification letters CAXA; what is actually stamped on = CAX 123456)

Newer engines also have a sticker with the corresponding engine number (here: BMD 048 466)..

Location of the gearbox number

The technical service label is printed by computer and made of adhesive paper. It contains important information for the identification of the vehicle.

The technical service label is often removed when a car is customised. In most cases, however, bits of it are left sticking on the panel. If you soak these in solvent, they can be removed. Against a backlight, the VIN or other data can be read.

Location of the technical service label

The technical service label contains the production identification number, the engine and gearbox identification letters, and, in encoded form, all information relating to fittings packages.

Broken down as on all VAG vehicles

Appearance and seat of the number see under VW Briefcase

1 = Producer of the vehicle

3 = Producer of the radio

The letters correspond to the model year letters on the VIN, but begin again with ‘’A’’ from 2001

Serial number given to the apparatus during production

In the future there will no longer be an individual number on the apparatus (radio etc). It will be recorded in the apparatus itself and can be read off at a VW garage. 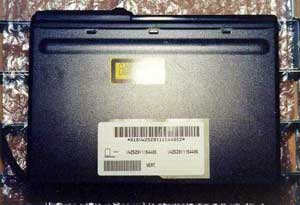 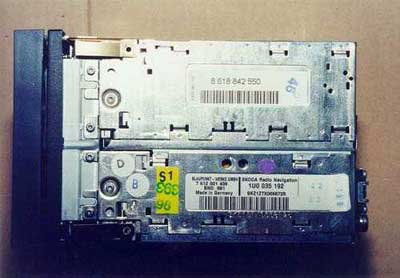 Sharolyn is a young woman in her twenties, interested in reviewing vehicles and the world of engines and delivering the best image to the visitor, so that we shorten a lot of searches, by providing complete information and solving your problems that may fall into your car.
Previous Seat
Next Smart

© Copyright 2021, All Rights Reserved By Cariffy